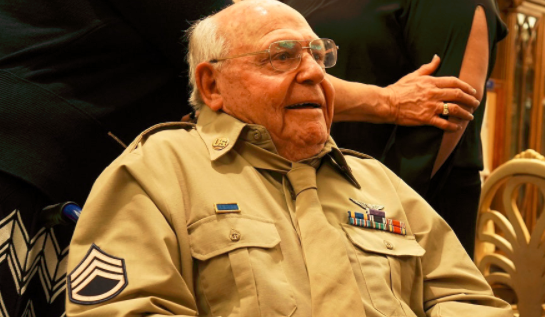 On April 11, 1944, Staff Sgt. Edward Mims and five other men from the 566th Bombardment Squadron of the 8th Army Air Force narrowly escaped their B-24 Liberator just moments before it burst into flames over Nazi Germany. Before he jumped, the fire headed upwards towards Mims, then just 20 years old, the top turret gunner in the bomber, and burned his exposed face and hands. But he was lucky: less than a minute after bailing out, the plane exploded. Four men who had stayed with the plane, and one whose parachute failed, died instantly.