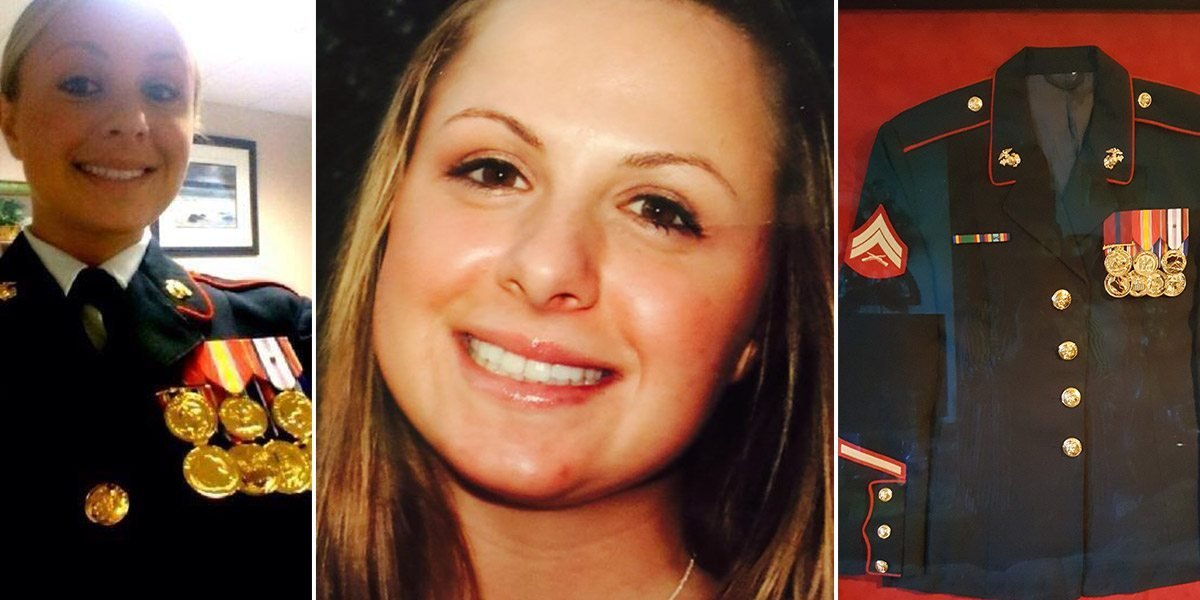 I had the great pleasure of spending the afternoon with Gold Star Mom Kelli Dowling today.

Her daughter, Marine Cpl Pamela Kathleen Dowling, took her own life on May 22, 2015 after suffering from PTSD for several years as a result of her military service. Pamela began treatment with the VA for her PTSD before her discharge, and continued with her treatment until she died.  She went through highs and lows after her military separation and even went on to earn her BS in Human Services, graduating in March 2014 from the University of Phoenix. But in the end, she had reached such a dark place that the only light she could see came from the end of a gun. The gunshot was able to cure what the VA could not.

The bullet that took Pamela created a ripple effect through her family and friends that continues to this day.

It not only took a brave but broken Marine, it also fractured her family into pieces as they each still react to her loss and continue to experience their stunned trauma in their own way. That bullet also took a piece of Kelli’s heart and soul. Kelli keeps a memorial to Pamela in the entry way of her home, and Pamela’s Dress Blues are framed and proudly displayed in her living room above the couch for all to see. Every day Kelli sees the uniform and every day she grieves. She screams for Pamela to come home, but knows that can’t happen. She has created a memorial site in her church’s garden which she lovingly maintains; it is her faith that she leans on to face each day. She weeps daily for the loss of her first born, and wishes that Pamela would have listened to her advice to not enlist in the military. “If onlys” flood her mind, but they don’t bring Pamela back.

Pamela has a little sister who wishes to remain in the shadows. As she struggles her way through the sudden and unexpected loss of her big sister, her pain, too, remains palpable. She reaches in all different directions for the answer to ‘why’, but has yet to find satisfaction. It may take years for that answer to appear. Then again, it may never appear at all.

Pamela shared little of the experiences that resulted in her PTSD with Kelli, saying that she didn’t want her mom to worry, but a mom knows when her child is hurting. Kelli tells me that as much as she wanted to help Pamela deal with her pain, Pamela remained steadfast in her resolve to keep her pain private and not burden her mother with the details. Had Kelli been privy to those details, perhaps she would have a clearer understanding as to why Pamela chose a permanent end to her suffering. As it is, Kelli will always wonder why the VA could not help her daughter who proudly served, and why it took a gun to get the job done.

Kelli told me that there’s not a shadow of doubt in her mind that had Pamela been a resident at Josie she would still be with us.  Pamela would have had people (vets) to talk with who knew exactly what she was going through. Pamela did not have this and kept all her pain to herself. Kelli wholeheartedly endorses Josie and hopes, from the bottom of her heart, that no mother ever has to feel the pain of losing a child, especially to a preventable suicide – one which could have been prevented by Josie.